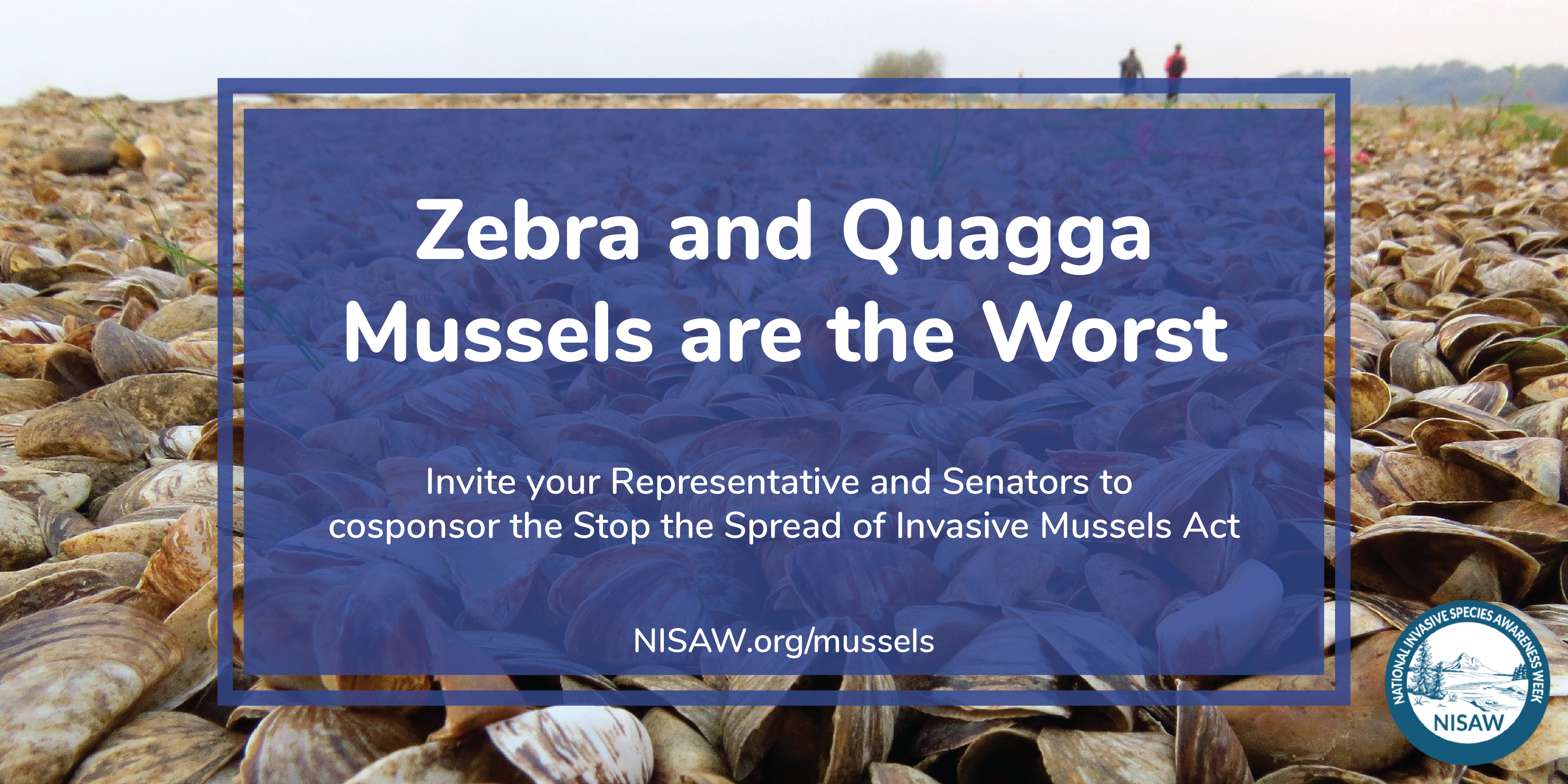 The North American Invasive Species Management Association (NAISMA) supports the implementation of mandatory watercraft inspection and decontamination (WID) and other cross-jurisdictional containment and prevention strategies to stop the spread of zebra and quagga mussels and other Aquatic Invasive Species (AIS).

Zebra and quagga mussels have cost the USA more than other invasive species, an estimated $6 billion in prevention and control efforts since their arrival in 1988. WID, combined with monitoring, education and enforcement, are proven to stop the spread of harmful AIS and protect limited water supplies for future generations.

Invite your Representative and Senators to cosponsor the Stop the Spread of Invasive Mussels Act. Take Action →

In the West, the use of federally owned, operated and managed multi-jurisdictional reservoirs are extremely important for water storage, supply and delivery for municipal, agricultural and industrial uses. They also serve important functions as places for outdoor recreation and to conserve the aquatic ecosystems within. Zebra and quagga mussels, and other invasive species, are negatively impacting water users and costing millions of dollars in mitigation costs annually.

Containment at source waters provides the best chance at stopping the spread by preventing the overland movement of AIS on watercraft exiting through mandatory boat inspection, decontamination (if necessary), education, and enforcement. Containment refers to providing WID services upon exiting or leaving the water body in an attempt to stop the invasive species from spreading.

It is widely accepted that prevention at negative waters is necessary to protect high priority infrastructure, natural resources, recreation- based economies, and public access. Prevention refers to the strategy of protecting uninfested water bodies, regions, and river basins by providing WID services at entry points to those areas.

Current and past funding levels and federal authorities have been insufficient to contain invasive mussels at federal waters in the West and prevent their irreversible spread to new locations.

NAISMA advocates for legislation, policy, and funding priorities to further the implementation of WID prevention and containment programs. Invasive species management experts have identified the following specific areas of emphasis to protect western waters from AIS including, but are not limiting to: