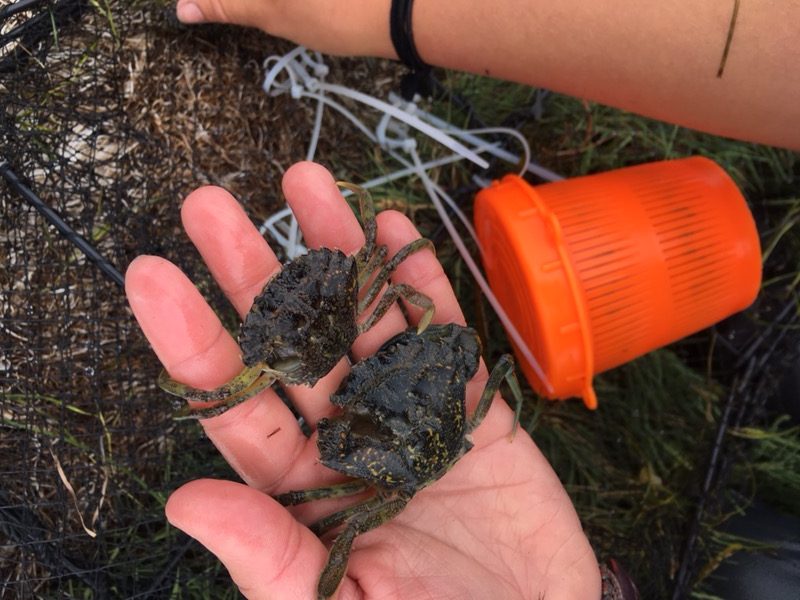 Abstract: The green crab is a highly adaptable invasive species that preys on juvenile clams before they reach harvestable age, outcompetes native crab species such as Dungeness crab, and wreaks havoc on marine and estuary ecosystems near shore. This invader is native to Europe and northern Africa. Recently, Governor Jay Inslee of Washington issued an emergency order that will enable the state’s department of fish and wildlife and partners to tackle an infestation of European green crabs after an exponential increase in the invasive species. This webinar will provide an overview of green crab and its history in the US. Speakers will share their perspectives and current management activities from the State of Washington, the Lummi Nation, and the State of Alaska. A panel discussion and moderate Q&A session will take place with additional experts following the presentations. Agenda:

Danielle Verna is the Environmental Monitoring Project Manager for the Prince William Sound Regional Citizens’ Advisory Council. In this role, she coordinates a variety of scientific projects that promote ecosystem health in the area impacted by the Exxon Valdez oil spill, including invasive species monitoring. Danielle received her PhD from Portland State University in 2021 and is passionate about applying science to management and policy needs. Over the past ten years, her research has focused on the movement of aquatic invasive species via ships, such as exploring the influence of commercial trade patterns on ballast water delivery in port systems throughout the United States. Danielle is an active member of the Alaska Invasive Species Partnership and is currently serving as Vice Chair on the Board of Directors.

Emily Grason, Marine Ecologist, is the Program Lead for Crab Team at Washington Sea Grant, a comprehensive program focused on early detection, monitoring and control of the European green crab. Emily brings a background in invasion biology to Crab Team efforts which include overseeing a statewide citizen science network of 65 monitoring sites, facilitating green crab research, and increasing the technical capacity of resource managers through training and scientific advising. Emily holds a master’s degree in Biology from Western Washington University and a  Ph.D. in Biology from the University of Washington.

Bobbie Buzzell (she/her) is the European green crab (EGC) biologist for Lummi Natural Resources (LNR) and a recent M.S. graduate from Western Washington University. For five years, Bobbie worked as a fisheries observer in Alaska documenting groundfish catch and effort on commercial fishing vessels. In 2019 she worked for the Makah Tribe trapping EGC, and was introduced to the threat EGC pose on nearshore habitats and native species. Her master’s thesis focused on river otter diet of EGC in the lower Wa’atch and Tsoo-yess rivers in Neah Bay. Hired by LNR in July 2021, she spent her first few months documenting the rapid EGC population increase in the Lummi Sea Pond and led extensive trapping efforts with multiple agencies to contain the growing EGC population.

Allen Pleus is the Aquatic Invasive Species (AIS) and Ballast Water Unit Manager for the Washington Department of Fish and Wildlife and has been in this position since 2006. He is responsible for the statewide planning and operations of marine and freshwater animal AIS management. He has extensive experience working in collaborative stakeholder processes, is a contributing author on several peer reviewed articles, and has written and provided instruction on numerous scientific protocol and standards manuals. Mr. Pleus received a Master’s of Environmental Studies degree from The Evergreen State College in 1995.